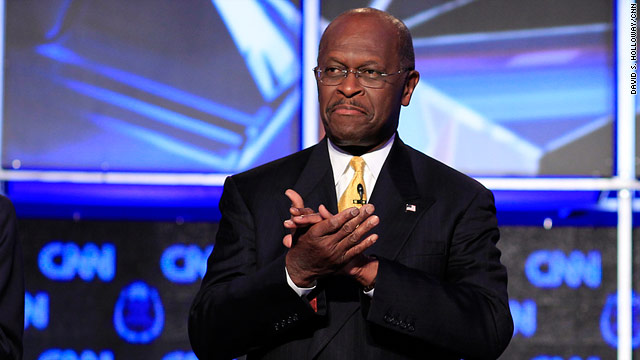 The Super PAC - dubbed the 999 PAC - is run by Republican campaign veteran Jordan Gehrke. He pledges to raise enough money to hire "experienced operatives to staff Cain in for the early states, operatives who have experience winning."

Under Federal Election Commission rules, a "Super PAC" or super political action committee can accept unlimited donations but must report its contributors and cannot coordinate with a candidate.

Other candidates, including Mitt Romney and President Barack Obama, have Super PACs established by former aides to help in their fundraising efforts.

In his inaugural email, Gehrke writes, "Herman Cain has proven that he is a top-tier candidate. Now he needs a top-tier early state operation. We intend to provide reinforcements. We're going to do the basic 'blocking and tackling' Herman needs to win in early states. That means doing yard signs, identifying supporters, phone calls, doors knocked, 'Friend to Friend' cards, and 'Get Out the Vote' operations that can propel Herman Cain to victory in these primaries."

The email also attacks both the media and the establishment for dismissing Cain's candidacy, and identifies Cain as the true tea party candidate in the race.

It reads in part, "Conservatives have been told they have to pick Mitt Romney, despite his flip-flops on abortion, immigration, gun control. Plus, he's the intellectual father of ObamaCare. No conservative really LIKES the idea of nominating Romney. But they think we might be stuck with him. Conservatives were told Rick Perry was the "Tea Party" alternative to Mitt Romney, until we found out he mandated that 12 year-old-girls receive a vaccine for HPV without their parents' permission, opposed building a fence along America's southern border, and supported free college tuition for illegal aliens. Thankfully, we have a real choice this time: Herman Cain."

During the 2010 election, Gehrke was on the Sharron Angle campaign and did direct mail for Allen West. He won't reveal fundraising numbers for 999 PAC but says online fundraising is "going tremendously well."