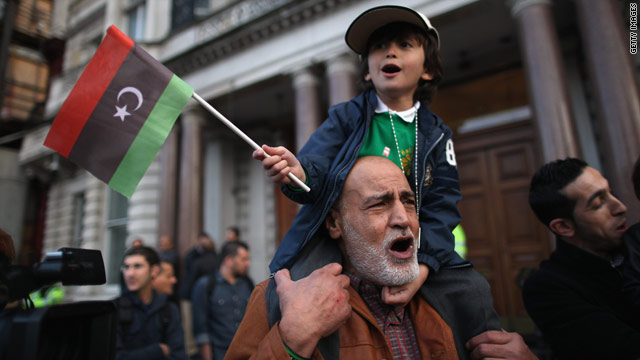 “When, in fact, there is a cause that the Arab world can unite on and the West wants to help…we don’t have to do it ourselves, Biden said in an interview set to air Sunday, October 23 on CNN’s “State of the Union.”

“The NATO alliance worked like it was designed to do, burden sharing. In total it cost us $2 billion, no American lives lost, we carried the burden a lot of other places where NATO is-the primary burden like in Afghanistan–and this was really burden sharing,” he continued.

And of the now-deceased Libyan leader Moammar Gadhafi, Biden stated, “This is one bad guy, one really tough guy and he for forty years had his folks under his thumb and he is dead.”

“It’s going to give the people of Libya a first chance in four decades to actually put together their own government and they have a little bit of freedom, a little bit of opportunity,” Biden said.