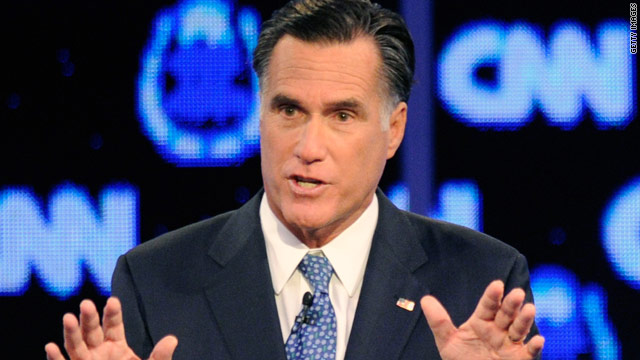 At an appearance in Council Bluffs, Iowa, the Republican presidential candidate was asked about the Libyan leader who was killed as transitional government troops clashed with the ex-ruler's loyalists.

"Does President Obama deserve some credit for Gadhafi's death," a reporter asked the former Massachusetts governor.

The praise for the president goes further than Romney's reaction to the Libya situation at an earlier campaign stop in Sioux City, Iowa.

There, Romney did not talk about the U.S. role in Gadhafi's demise, instead only saying: "I think it's about time Gadhafi, a terrible tyrant that killed his own people and murdered Americans and others in the tragedy in Lockerbie."

Romney added, "The world is a better place with Gadhafi gone."