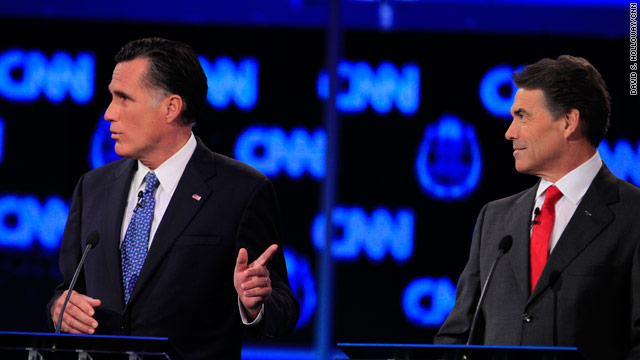 Romney video comes down after objection from CNN

(CNN) - A web video released by Mitt Romney's presidential campaign that portrayed rival Rick Perry as bumbling and inarticulate is no longer online.

Romney's campaign says the video was removed after complaints from CNN. The video utilized a number of spliced-together reports from CNN and other news outlets.

"While the use of the CNN clips was fully within our rights under the law, we respect and appreciate the role CNN has played as host in debates over the last several months. For this reason, we are honoring their request to remove the video," Romney spokesperson Andrea Saul said in a statement.

CNN says they don't allow their broadcasts to be used in political ads.

The news clips included CNN's Carol Costello saying "Rick Perry plunging in the polls, rolling the dice" on the morning after the CNN Las Vegas Debate.

Fox News' Brit Hume is also featured, saying "Perry really did throw up all over himself in the debate."

The debate clips included a moment at a September debate in Orlando when Perry seemed to get lost while criticizing Romney for his stance on abortion.

"Was it - was before he was before the social programs, from the standpoint of he was for," Perry said.

The video also utilized a moment from an October debate in New Hampshire, in which Perry also seemed to stumble over his words.

"Not whether or not we are going to have this policy or that policy. We don't need any plan," Perry said.