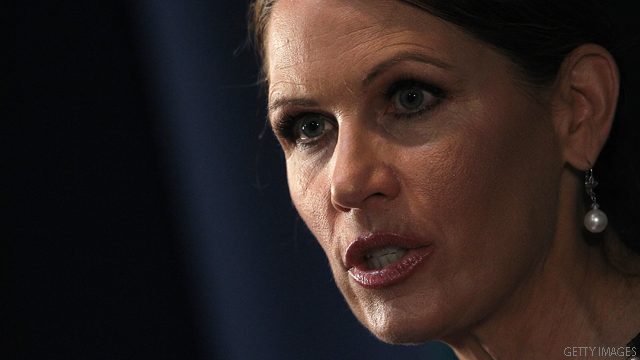 Jeff Chidester headed up Bachmann's efforts in the first-in-the-nation primary state and accompanied the candidate to campaign events on her most recent visit in early October.

The two confirmed resignations stand in contrast to a statement put out by Bachmann's national campaign Friday.

"We have a great team in New Hampshire and we have not been notified that anyone is leaving the campaign," said Bachmann campaign manager Keith Nahigian.

The statement added Bachmann would continue to campaign in New Hampshire but acknowledged her "main focus" would be on Iowa.

An additional source among the five departing staffers told CNN Friday: "I won't deny the story."