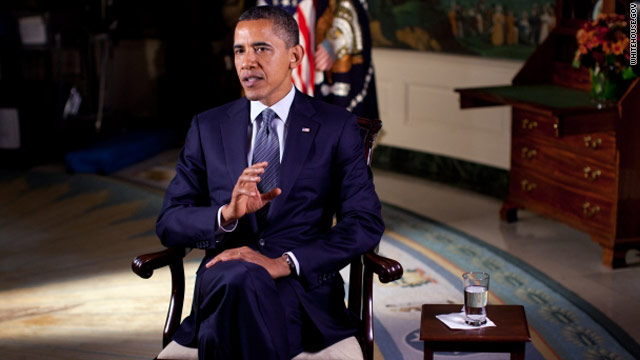 Obama: Time to change gears from Iraq to the economy

(CNN) – President Barack Obama said the year’s end military withdraw from Iraq will allow the United States to better focus its resources on improving the economy.

“We have to tackle this challenge with the same urgency and unity that our troops brought to their fight,” said Obama in the White House weekly address on Saturday.

Obama announced Friday that virtually all of the 39,000 remaining troops in Iraq will return by December 31, making good on a 2008 campaign pledge to end the war.

Urging Congress to pass his $447 billion jobs plan, Obama said the American Jobs Act will help “rebuild the country,” including improvements to schools, roads and bridges.

“And that’s why I hope all of us can draw strength from the example of our men and women in uniform,” Obama said.

Senate Democrats and Republicans tried to push versions of the jobs bill on Thursday, but neither gained the 60 votes needed to bring their proposals to the floor.

Out of opposition to a .5% tax hike on those making $1 million or more, the Senate also blocked, in a 50-50 vote, a part of Obama’s plan that included $35 billion for teachers and first responders.

Republicans on Saturday also called for a jobs solution, continuing their argument against Obama’s plan and calling for less regulation and spending.

“This means listening to the American people and passing common-sense legislation that makes the rules that govern job-creating investments more predictable,” said North Carolina Sen. Richard Burr in the GOP weekly address. “Businesses are not going to hire if they can’t anticipate what new tax or federal regulation is going to hit them next.”