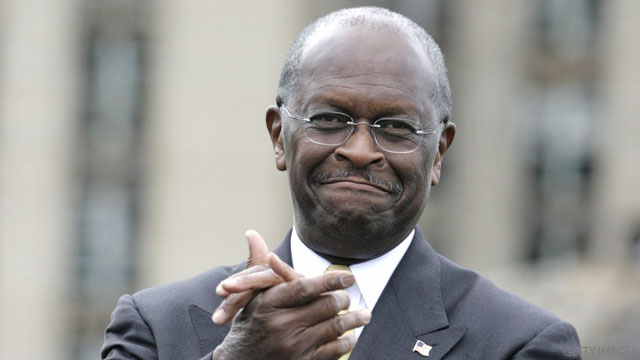 Cain to court contributions on the airwaves

The former Godfather's Pizza CEO will tout http://www.999MeansJobs.com, a destination for supporters and contributors, in the spot that will premiere on the Rush Limbaugh program, according to the campaign.

The site's name is a reference to Cain's "9-9-9" tax plan, which would replace the current tax code with a 9% income tax rate, 9% corporate tax rate and 9% national sales tax.

Cain's Chief of Staff Mark Block said the recorded message will solidify support across the country and in the first-in-the-nation caucus state of Iowa.

"This is another example of the synergies we are developing between our national strategy and our state strategies," Block said in a statement.

The campaign said the commercial will run into next week.