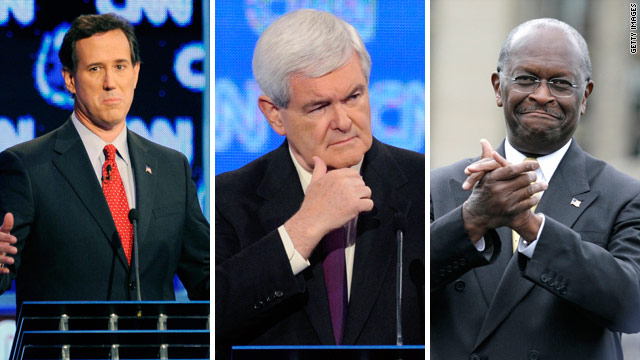 Davenport, Iowa (CNN) - CNN has learned specifics for a presidential forum in New York City on Thursday, including which Republican presidential candidates will participate. Organizers previously announced the event, but did not name which White House hopefuls would attend and offered few other details.

News Corporation is the parent company of a number of outlets including Fox News.

CNN learned of the three candidates from Gingrich himself.

After a campaign appearance in Davenport on Monday, Gingrich talked about an unrelated event - an upcoming tea party debate in Texas featuring him and Cain.

While discussing that event, Gingrich said: "We have the same thing happening at the College Boards in New York City on Thursday, this week, where Herman [Cain] and Rick Santorum and I have been asked to come and talk on education. And we're the three they invited."

Matt Martini, assistant vice president for communications for the Cain campaign, said: "Right now, it hasn't been finally confirmed on our schedule." But Martini added that could simply be a scheduling snafu and Cain's attendance at the event should be nailed down soon.

CNN subsequently learned other details of the event: It will be held Thursday evening at the New York Hilton in Manhattan. And it will not be open to the public. Instead, members of the College Board who paid a fee will be allowed to attend.

Generic details have been known for some time. A May 31 press release announcing the forum said it would be "timed to coincide with the College Board's annual national forum, which attracts representatives from nearly 6,000 educational institutions across the nation." The release also said the moderators will be Paul Gigot of the Wall Street Journal and Joel I. Klein, CEO of News Corporation's education division.

Klein is the former chancellor of New York City schools.

"I hope that this forum will help all Americans who care about our nation's security and prosperity to make an informed decision in 2012," said Gaston Caperton, president of the College Board, in the press release.

Rupert Murdoch, chairman and CEO of News Corporation, was quoted as saying: "Whoever is elected President in 2012 will need to take dramatic steps to improve the way we prepare our students for college and ensure our nation's ability to better compete in the global economy. This forum will provide a great opportunity for candidates for the Republican nomination to articulate their plans to achieve these goals."

"Complete details about the event - including participants and format - will be released at a later date," the press release added.