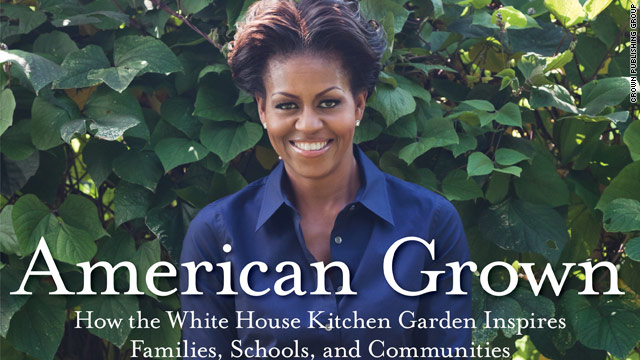 Obama has written a book that highlights one of her most visible initiatives as first lady: promoting better nutrition and edible gardening as a means for Americans to get and stay healthy.

"American Grown: How the White House Kitchen Garden Inspires Families, Schools, and Communities" aims to explore "how increased access to healthy, affordable food can promote better eating habits and improve the health of families and communities across America," according to a press release issued Monday by the Crown Publishing Group.

"Mrs. Obama will describe how her daughters Sasha and Malia were catalysts for change in her own family's eating behavior, which inspired Mrs. Obama to plant an edible garden on the South Lawn - the first since Eleanor Roosevelt's "Victory Garden," planted during World War II."

The first lady did not accept an advance for the book and will donate all proceeds to a charity to be revealed later, the statement says. Random House Inc., Crown Publishing Group's parent, will also make a donation to a charity.

The book will be on sale nationwide starting April 10.