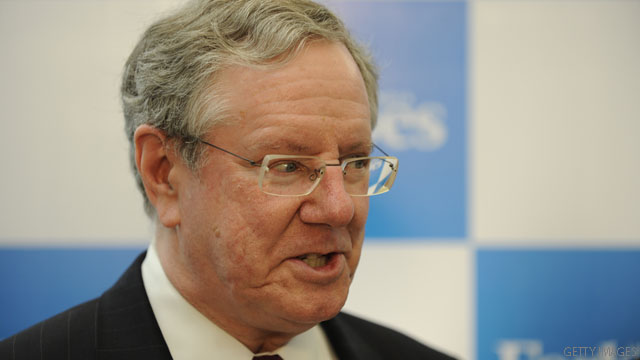 Forbes is a businessman, as well as editor and publisher of Forbes magazine. He is also president and CEO of its publisher, Forbes Inc.

Forbes made two unsuccessful bids in 1996 and 2000 for the Republican presidential nomination. He made a flat tax the centerpiece of both of his White House runs. Forbes is currently advising Perry as the Texas governor gets ready to unveil his own flat tax proposal on Tuesday.

"Steve Forbes is a well known fiscal conservative, and provided strong support and advice throughout the process of drafting my economic and jobs plans," said Perry, in a statement. "I am honored to have Steve's endorsement of my candidacy for president."