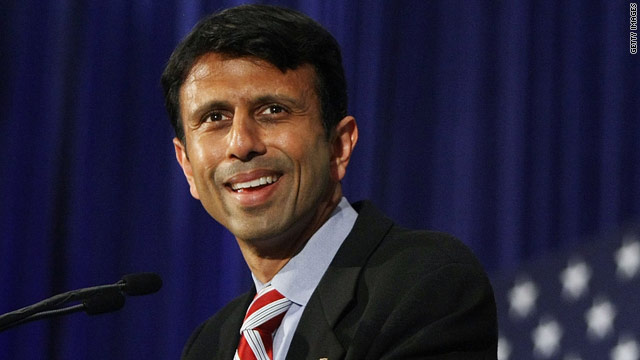 "Governor Perry understands we have to shrink government, and we've got to stop punishing success," Jindal said on CNN's "The Situation Room."


"If you want less of something in this country, tax it. For too many years, we've taxed success."

In South Carolina Tuesday, Perry laid out a plan that would allow Americans to choose between keeping their current tax rate or taking a 20% flat tax.

The proposal also calls on lowering the corporate tax from 35% to 20% and eliminating the estate tax, as well as taxes on capital gains and dividends.

And while those making less than $500,000 would get to keep current deductions, such as state and local taxes, mortgage interest and charitable donations, those making more than half a million would not get the same exemptions.

When pressed by CNN Anchor Wolf Blitzer on whether Perry's system is fair, Jindal said it was better than the present tax code.

"Compared to the current system, absolutely," Jindal said. "Instead of paying what you do now and wasting money on accounts, the only people that should be against this are the people making a fortune helping people avoid paying their taxes."

Jindal, a vocal Perry backer, won re-election to a second term as Louisiana governor with 66% of the vote on Saturday.