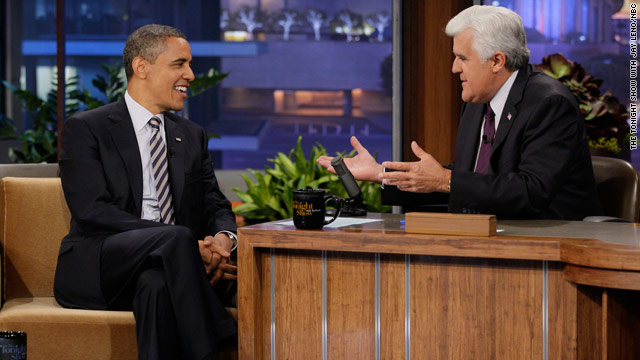 Los Angeles (CNN) - President Barack Obama chatted about politics and foreign policy during an appearance on "The Tonight Show with Jay Leno" Tuesday, telling the late-night talk show host he's not spending too much time yet focusing on next year's potential GOP rivals.

Asked by Leno if he's been watching the recent spate of Republican presidential debates, Obama said that he's "going to wait until everybody's voted off the island."