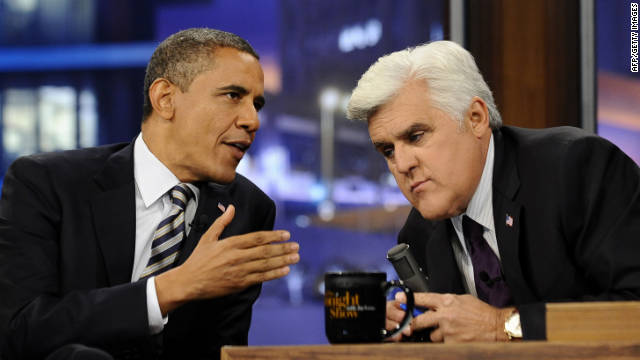 LOS ANGELES (CNN) - President Barack Obama addressed a broad range of political topics during an appearance on NBC's "The Tonight Show with Jay Leno" Tuesday, insisting among other things that he's not spending too much time yet focused on next year's potential GOP campaign rivals.

"I'm going to wait until everybody's voted off the island," Obama joked. "Once they narrow it down to one or two (candidates), I'll start paying attention."