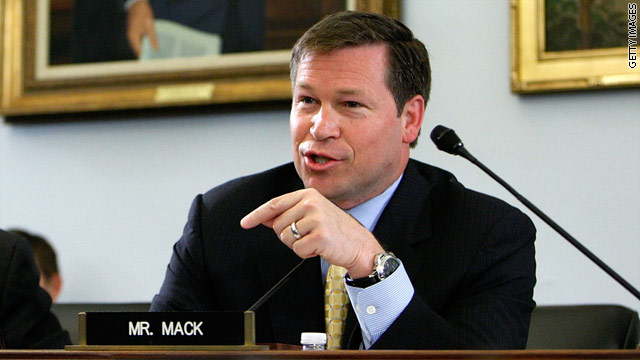 (CNN) - Add another name to the high profile Senate battle in Florida.

Republican Rep. Connie Mack has decided to make a bid, after passing on a run earlier this year for the GOP Senate nomination in the Sunshine State, a Republican source confirms to CNN.

Mack endorsed state Senate president Mike Haridopolos earlier in the race, but Haridopolos ended his bid over the summer. The four-term federal lawmaker represents Florida's 14th congressional district, in the Southwestern part of the state, but as the son of a former two-term U.S. senator with the same first name, Mack has statewide name recognition.

The winner of next year's primary will face off against two-term Democratic Sen. Bill Nelson.

Two of the top handicappers, the non-partisan Cook and Rothenberg political reports, both consider the race competitive but give a slight advantage to the Democrats.