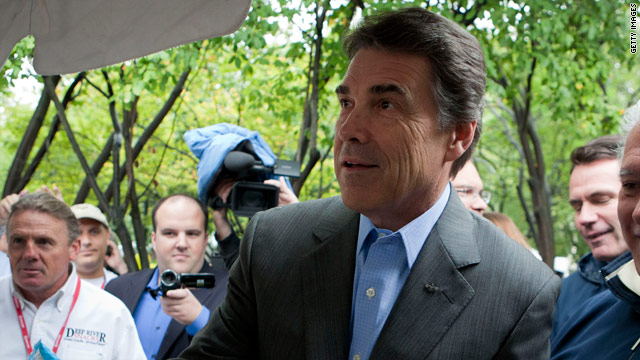 State GOP Executive Director Matthew Moore confirms that Katon Dawson, Perry's campaign chairman in the state, delivered to party headquarters the paperwork and $35,000 required to get on the Republican presidential primary ballot.

That leaves Minnesota Rep. Michele Bachmann and former House Speaker Newt Gingrich who must file by Nov. 1 if they want their names on the critical first Southern primary ballot in January 2012.

Moore said both presidential candidates are expected to file Friday. Gingrich will hand everything over to state party Chairman Chad Connelly in Greenville where he'll be kicking off a two-day campaign swing in the state.

Bachmann has not returned to South Carolina in just under two months and will be campaigning in Iowa tomorrow, but Moore said her husband Marcus will deliver the primary paperwork to their Columbia headquarters Friday afternoon.