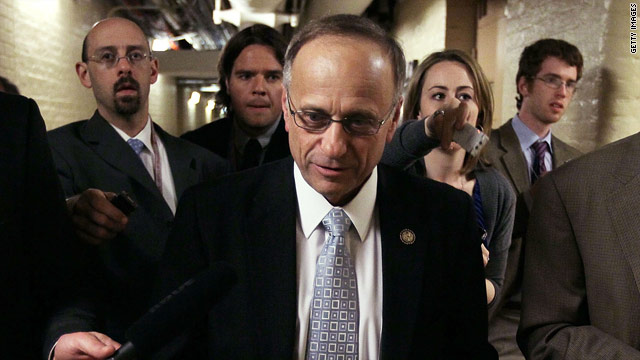 Rep. Steve King may stay on sidelines in Iowa race

Washington (CNN) - Any of the Republican presidential contenders would love to have the endorsement of Iowa Rep. Steve King, one the state's leading conservative voices.

Though King had previously expected to endorse a candidate by this stage in the race, he now says he might stay out of the 2012 race all together.

"I would have told you in June, yes, I will make an endorsement. But today I will tell you that my head and my heart have not come together behind a single candidate," King told CNN in a phone interview. "I wish that has happened by now. It hasn't. I can't just make a decision based on a date on the calendar. It's got to be a conviction."

The Iowa caucuses are over two months away and the Republican race remains extraordinarily fluid, giving the five-term congressman room to change his mind.

King waited until late in the 2008 presidential cycle to weigh in, endorsing former Tennessee Sen. Fred Thompson in mid-December 2007, just two weeks before the caucuses.

King spoke warmly of all the Republican candidates including his friend and House colleague, Minnesota Rep. Michele Bachmann, but he said each candidate has some flaw that gives him pause.

He was careful not to go into detail.

"I find myself very reluctant to say or do anything to diminish the candidates," he told CNN. "It's hard, I like and respect them and all."

Perry has taken a severe hit in the polls because of his opposition to a fence along the U.S.-Mexico border and his support for a Texas bill granting in-state college tuition to the children of illegal immigrants

King, a hardliner on immigration matters who strongly supports the construction of a fence, said he and Perry talked immigration during their hunt and came to a kind of consensus about the border.

"I have pushed strong for a fence, a border fence," King said. "And we don't have to build 2,000 miles of fence, but we have to build it until they stop going around it on the end. But that sentiment isn't so much different from the 'strategic fence' he has talked about. Surveillance, drones, more boots on the ground. How to put all those together is still an open subject. If we combine Gov. Perry's position and my position, we could solve the border security issue."

King called Perry "a constitutional conservative in his head and his heart," and said he respected Perry's position given his experience as governor of a border state.

"Even if people disagree with him, I think they understand that it's a conviction, grounded in life experience." King said. "They can understand that."

As for the current Iowa frontrunner, Herman Cain, King said the former pizza chain executive may have already peaked.

"Right now Herman Cain has a lot of traction, but you also can see that his trajectory has reached his apex," he told CNN. "That is the sense that I am getting. So who picks it up?"

King said he would "consider" endorsing former Massachusetts Gov. Mitt Romney, who has never endeared himself to the conservative wing of the party, but he suggested that if he does decide to endorse, he will pick one of the candidates vying to be Romney's rival.

But Iowa conservatives are still searching for that candidate, he said.

"There are lot of conservatives in this state that are trying to come behind a single candidate that might be the competitor against Mitt Romney," King said. "In the end, I just don't know who that is. This race can change back and forth so many times. It's unpredictable. Who is going to get traction and who is going to lose their traction?"