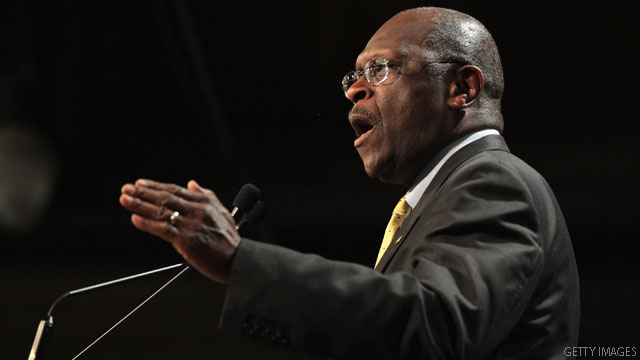 (CNN) - The campaign of Herman Cain again worked to clarify his stance on abortion Thursday night after the GOP presidential candidate raised new questions at a Texas campaign stop when he said he was "pro-life, no exceptions."

The "no exceptions" phrase seemed to contradict statements Cain recently made, suggesting abortion rights should be a family's decision when it came to cases of rape, incest or when the life of the mother was in danger.

The campaign attempted to spell out his views Thursday in a statement obtained by CNN, but did not address any exceptions.

"I am pro-life, and believe in advancing the culture of life. My record as a pro-life candidate speaks for itself,” Cain said in a statement. “Anyone who says differently is simply not telling the truth. Next question."

When pressed by CNN on his position, however, a campaign adviser said Cain follows the same policy used by the George W. Bush administration, which said abortions should be allowed in the instances of rape, incest and when the life of the mother is at stake.

"He has learned more about the issue," including the number of women affected in those instances, the adviser told CNN, explaining Cain's view.

Cain first stirred controversy last week on CNN's "Piers Morgan Tonight." He said he was against abortion rights, but when asked about rape or incest, Cain said the government shouldn't have a say on those issues and the decision should be left to the family.

Some social conservatives slammed Cain for his remarks in the following days, prompting him to be vocal about his "pro-life" positions during campaign stops and interviews over the weekend.