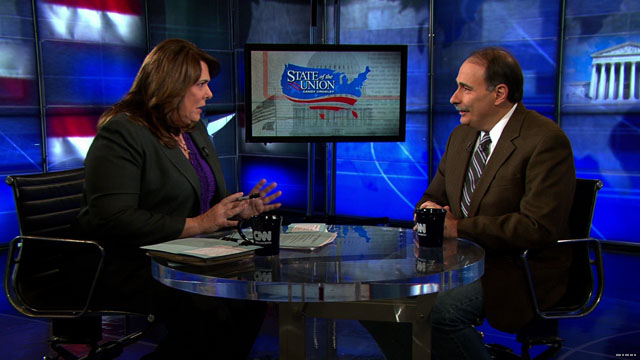 (CNN) – President Barack Obama's senior campaign strategist pushed back Sunday on criticism that the current administration has reneged on a campaign promise not to accept donations from federal lobbyists.

David Axelrod told CNN's "State of the Union" that Obama does not accept contributions from federal lobbyists, and he labeled the current White House as the "most transparent" in history.

"We promised not to take contributions from federal lobbyists and we don't," Axelrod said. "The point here is do lobbyists leverage the kind of influence in this administration that they have in past administrations? There isn't a person in Washington who could argue the answer to that is 'yes.'"

A recent report in the New York Times found the president has relied on supporters, or "bundlers" – individuals who contribute money to Obama while petitioning others to do the same – to raise millions of dollars for his re-election effort.

Despite having ties to the lobbying industry, these "bundlers" are not registered as lobbyists with the Senate, allowing Obama to keep his campaign pledge while raising millions from influential donors.

But Axelrod said the openness of the current administration, which he said includes disclosing everyone who raises funds for him, is the reason the New York Times could write the piece.

When asked by CNN Chief Political Correspondent Candy Crowley if any of the "bundlers" are lobbyists by definition, even if they are not officially registered, Axelrod said he did not know and would "have to run through the list of people who are there."

Axelrod, who left the White House earlier this year to focus on the 2012 election, acknowledged the system is not perfect. At the same time, he cited the transparency steps taken by the president to show a contrast with the current Republican presidential candidates, who have yet to place restrictions on money from lobbyists.

"There are people who are promising to spend you know hundreds of millions of dollars against us who don't have to disclose anything," Axelrod said, referencing GOP fundraising efforts. "So we have to be prepared to ward that off."