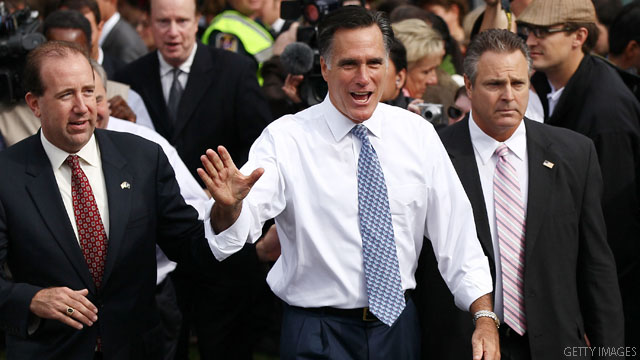 Washington (CNN) - Herman Cain may be battling with Mitt Romney atop the Republican presidential polls, but Romney remained the "target du jour" Sunday for both his current and possible future competition.

Two other rivals for the GOP nomination - Texas Gov. Rick Perry and a fellow Texan, Rep. Ron Paul - as well as David Plouffe, a senior advisor to President Barack Obama, all accused the former Massachusetts governor of flip-flopping on major issues in a bid to strengthen his conservative credentials.