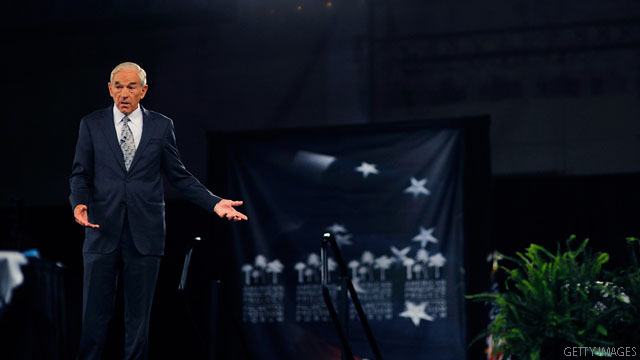 (CNN) – Republican presidential candidate Ron Paul said Sunday his proposed plan to phase out federal student loans would lower the costs of a college education, making it more affordable for those wanting to attend.

“Anybody who’s ambitious enough will get to go to college,” Paul said on CNN’s “State of the Union.”

The Texas congressman, who is making his third presidential bid, said federally funded education assistance raises the price of education while not improving the caliber, a cycle that will “backfire.”

Paul’s plan would eliminate the Department of Education but keep the features that handle student loans for the time being, ensuring there are no cuts to those currently receiving assistance or who will in the near future.

In a USA Today editorial Friday, Paul said eventually transitioning away from government-backed student aid would “give us better educational opportunities at a better price.”

“Why should people who are laborers who never get to go to college, why should they be taxed to send some of us through college?” Paul said Sunday on CNN. “So it’s not even a fair system when it works. But obviously it doesn’t work and that’s why it’s coming to an end.”

Paul has long advocated for cuts in spending and the national debt while calling for numerous government agencies to shut their doors and a renewed emphasis on individual responsibility. His responsibility platform also extends to education, he said.

“The responsibility is on the individual and the family to take care of their needs, not the federal bureaucracy. It just doesn’t work,” Paul said.

When asked if he would agree that some people in the United States “need federal help,” Paul told CNN Chief Political Correspondent Candy Crowley that there are “always some needs, the market isn’t perfect.”

“It will not be perfect, but what we have now is this catastrophic mistake where people have a pseudo education and no jobs,” Paul said. “We’ve indentured them.”