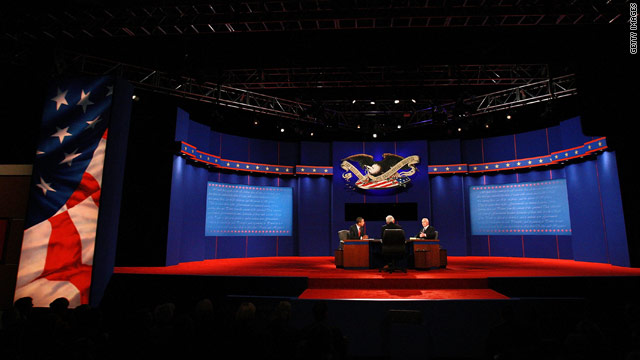 See the list and criteria for the debates after the jump.

Two of the sites - Centre College in Danville, Kentucky and Hofstra University in Hempstead, New York - hosted debates in the 2000 and 2008 election cycles, respectively.

As for criteria, candidates "must appear on a sufficient number of state ballots to have a mathematical chance of winning a majority vote in the Electoral College," in addition to meeting the Constitutional requirements for the presidency, according to a release from the commission.

Candidates must also have at least 15% national support, as determined by the average data from five national public opinion polling organizations selected by the commission.

Debate moderators will be selected in the summer of 2012.

"The President looks forward to next year's debates. Once the Republicans have selected their candidate, we will work through the details with their campaign and the Commission on Presidential Debates," Messina said.

- CNN's Gloria Borger and Kevin Bohn contributed to this report.