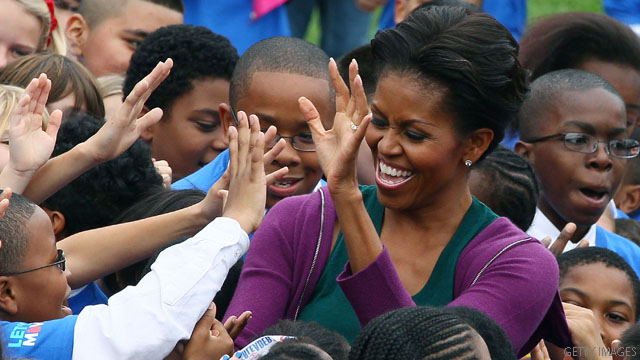 (CNN) – Michelle Obama may be a valuable asset for President Barack Obama in 2012.

Sixty-three percent of voters nationally had a positive impression of her, 21% had an unfavorable view and 16% were unsure.

The new figures, which are largely unchanged from the last survey in May, come as she increases her travel on behalf of the president's reelection effort.

Her approval among Democrats was higher, at 85%, compared to 58% of independent voters and 42% of Republicans.

The poll surveyed 825 voters between Sept. 13 and Sept. 14 with a sampling error of plus or minus 3.5 percentage points.