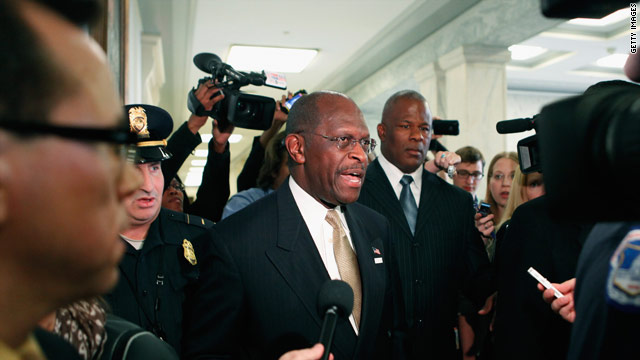 Cain told Forbes that in 2003 he told Curt Anderson, who worked on Cain's unsuccessful 2004 U.S. Senate campaign in Georgia, about one case. "Those charges were baseless, but I thought he needed to know about them," Cain told Forbes. "I don't recall anyone else being in the room when I told him."