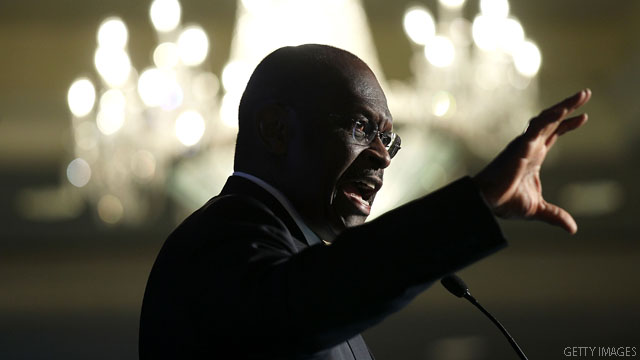 Cain says he will defeat forces trying to 'destroy' him

Appearing before a consumer group in Virginia Wednesday morning, Cain accused his critics of engaging in the politics of personal destruction, and insisted his candidacy would survive the maelstrom.