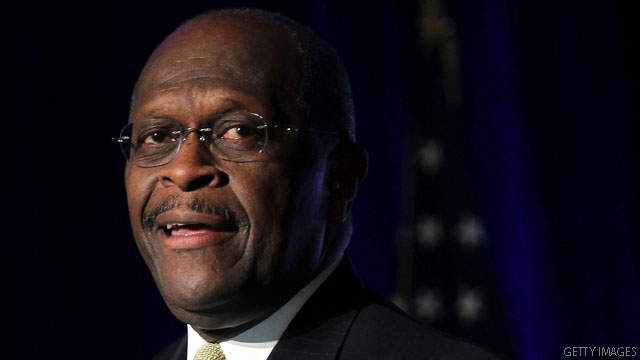 Based on what they're saying so far, some of the candidates may need to do a little more studying on the big issues from overseas. Take Herman Cain, for example. He's a frontrunner in the polls, but has been showing inconsistencies in his understanding of one of the biggest foreign policy challenges facing the United States: China.

On the issue of China as a nuclear power, Cain told PBS's Judy Woodruff Monday that China has "indicated that they're trying to develop nuclear capability." China actually tested its first nuclear weapon in 1964, and officially joined the small list of countries around the world that are known to have nuclear weapons or the capability to produce them. The United States, Russia, the United Kingdom, France, India, Pakistan and North Korea are the others. Israel, which refuses to declare whether it has a nuclear arsenal, is widely believed to have nuclear weapons.

By Wednesday, Cain seemed to acknowledge China's membership in the nuclear club when he said that China was "testing in order to improve their nuclear arsenal," during a speech in McLean, Virginia.

Cain seemed to be on the mark when he told Woodruff on Monday that China wants to "develop more aircraft carriers like we have," which is true. In August, China's first aircraft carrier sailed out of the northeastern port of Dalian for its first set of sea trials. China spent nearly a decade refurbishing the 67,000-ton, 300-meter (1,000-foot) ship, a project started by the former Soviet Union as part of a naval buildup that has taken place over the last decade. Very few countries have aircraft carriers, and only the United States, with 11, has more than two in service.

China has also been busy developing advanced aircraft for its air force as well. Analysts believe the Chinese J-20 stealth fighter will have the radar-evading capability of fifth-generation fighters produced by the United States, such as the F-22 and F-35. China began testing it in January.

In recent months, Cain has downplayed the importance of foreign policy. Meanwhile his campaign has said the candidate has been studying up on national security and foreign policy matters.

While the economy is by far the top issue with voters, foreign policy and national security do matter, and a CBS debate in South Carolina on Nov. 12 and a CNN/Heritage/American Enterprise Institute debate in the nation's capital on Nov. 22, will focus on those issues.