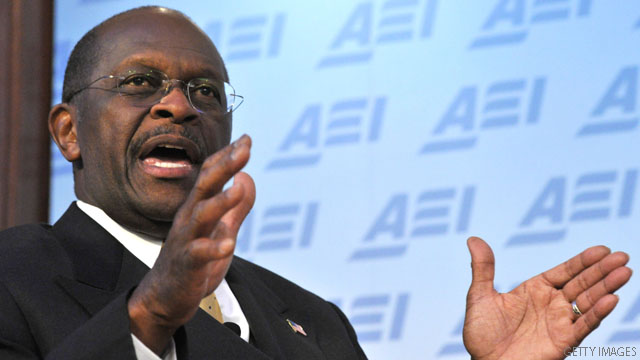 In that interview, Wilson-who is doing polling for a political action committee supporting Texas Governor Rick Perry's campaign but is independent of it–described an incident with Cain and a female employee.

Wilson would not elaborate beyond his comments to the radio station. He has dismissed any notion that he commented on this for political reasons. He told CNN "I had nothing to do with leaking this in any way, and I've never discussed or shared this story with any of my clients – period."

In his description of the event to the radio station KTOK, Wilson said "I was the pollster at the National Restaurant Association when Herman Cain was head of it, and I was around a couple of times when this happened and anyone who was involved with the NRA at the time, knew that this was going to come up."

On the radio, he predicted "if she (the alleged victim) comes out and talks about it, like I said, it'll probably be the end of his campaign."