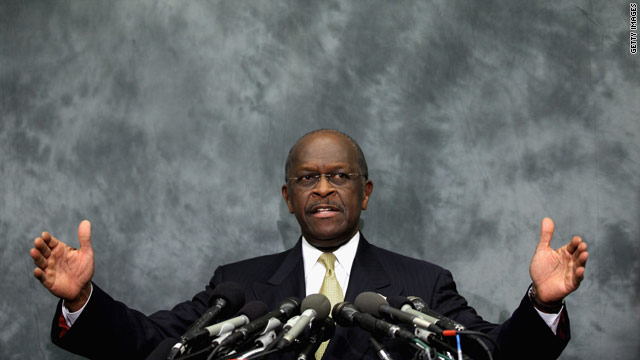 The statement would rebut denials made by Cain, who has said any sexual harassment allegations made against him were groundless, according to attorney Joel Bennett.

Bennett has asked the National Restaurant Association to permit him to release the statement in his name to the press.

His client alleges she was sexually harassed by Cain while she was an employee at the association.

Bennett has said he must get the permission from the association because as part of a sexual harassment settlement reached, there is an existing confidentiality agreement barring all sides from speaking publicly.

If released, Bennett says the statement will not include his client’s identity because she is trying to “remain private.” She does not plan on making any public statements. She just wants “to set the record straight” and then move on with her life, Bennett says.

The draft of the statement given to the association, according to Bennett, is a summary of “what she did and why she did it.” But it will not include specifics about any incidents nor will it include the amount of the settlement.

Bennett’s client currently works in the communications department of a federal government agency and has held similar jobs previously.

The lawyer tells CNN in his discussions with the association and its counsel that no one has mentioned Cain by name. Both Bennett and Cain say Cain did not sign the agreement. Legal experts have said, though, that Cain would likely be covered by it even if he did not sign it because it would cover his actions.

Bennett tells CNN he expects to hear back from the counsel for the association sometime during business hours on Friday.

“We are currently reviewing the document, and we plan to respond tomorrow,” Sue Hensley, senior vice president for public affairs at the restaurant association, said in a statement Thursday.

The association could approve the release of the statement, suggest revisions or prevent any public comment due to the existing confidentiality agreement.

Politico, which first reported the story, has said there were two agreements made by the association for female employees.