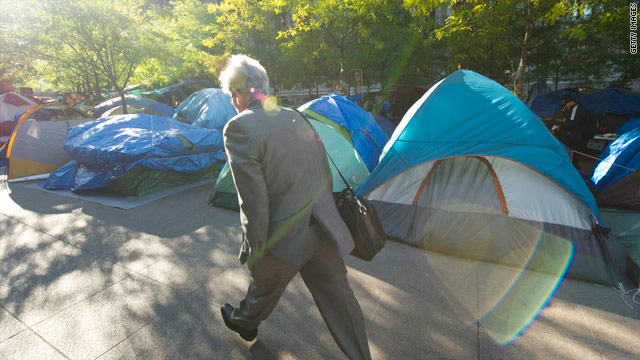 The survey, taken Oct. 28-31, shows more adult Americans saying they have heard of Occupy Wall Street than when the question was asked in early October. Sixty-four percent of respondents now say they've heard of the movement, compared to only 51% in the earlier poll.

That reflects an increase in support since early October, when 27% of those polled said they agreed with Occupy Wall Street's position.

The ORC International poll was taken by telephone, and surveyed 1,050 adult Americans. The sampling error was plus or minus three percentage points.