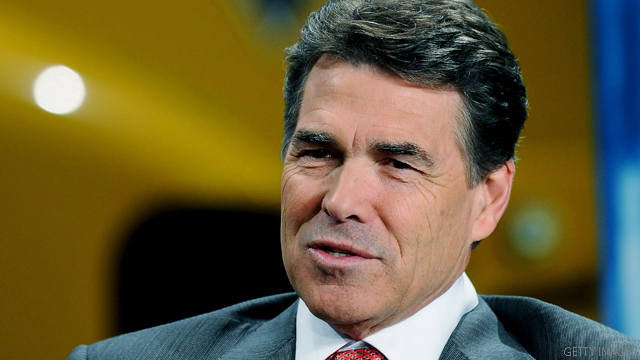 Perry: I wasn't drunk or on drugs

(CNN) – Republican presidential candidate Rick Perry said he was neither on drugs nor drunk during a speech in New Hampshire Friday, as some observers and critics have suggested.

An edited clip of the speech, in which an enthusiastic Perry laughs and jokes with the audience, went viral on YouTube, prompting some to suggest he was on pain medication for a past back surgery or under the influence of alcohol.

But in an interview with the San Francisco Chronicle published Thursday, the longtime Texas governor said he did not take pain medication or consume any other substance before Friday's Cornerstone Action annual dinner.

When asked about comedian Jon Stewart's suggestion that Perry drank alcohol before the event, the Texas governor said, "It wasn't that either."

"It's not that I wouldn't love to sit down with Jon and have a glass of wine," Perry said. "If he'll buy."

With talk of the speech not dying down, a group of unaligned New Hampshire Republican officials, who attended the event, will hold a press conference Thursday to defend the governor.

Thursday's speakers have not endorsed Perry, but said coverage of the remarks has become a distraction from serious issues on the trail in the first-in-the-nation primary state.