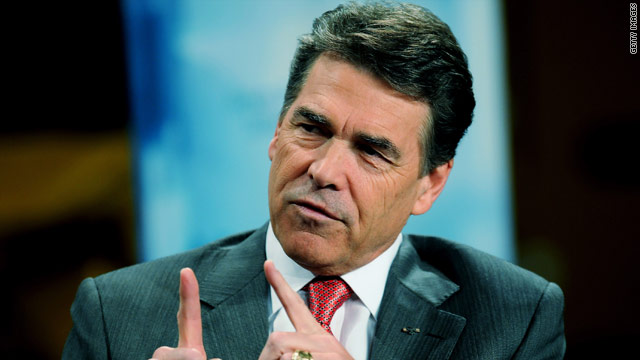 Perry: Our campaign didn’t have anything to do with it

(CNN) –- Texas Gov. Rick Perry said in an interview with CNN Thursday his campaign had nothing to do with leaking details of past sexual harassment charges against fellow candidate Herman Cain.

“We found out about this the same time that I suppose the rest of America found out about it, both on the Internet or the next day in the news,” Perry told CNN Chief National Correspondent John King. “You know, I don't know how to tell it any other way except we knew nothing about it.

On Wednesday, Cain and some of his campaign staffers publicly blamed a Perry aide for leaking the initial details of past sexual harassment claims to Politico. The aide, Curt Anderson, said on CNN Thursday morning that those claims were false.

In the interview on CNN, Perry said he would fire any campaign staffers if they were implicated in political maneuvering such as leaking damaging stories about other 2012 hopefuls.

“I would say, 'Listen, if you're passing on rumors that are that heinous, that bad, you don't need to be working with me,'” Perry said.

Though Perry said his organization wasn’t responsible for the Cain leaks, he acknowledged that the kind of negative research was a hallmark of campaigns.

“There's more stuff floating around out there in campaigns,” Perry said. “I tell people, this isn't my first rodeo. They're going to say all kind of things about folks. I'm going to stay focused on how America gets back to work.”

Perry also weighed in on speculation that he was inebriated while giving a speech in New Hampshire Friday.

“I have no idea how these things get started,” Perry said. “It was a good speech, well-received, and if I had the opportunity to do again, I'd give it exactly like I gave it.”

When asked by King to explain his drop in national public opinion polls, Perry brushed off the question, saying he was no stranger to tough elections.

“It's just another poll,” Perry said. “I really don’t pay a lot of attention to whether it's a YouTube spot or if it's a poll. I know how to run (an) election. I know how to take the message to the people and that's what we’re going to keep doing - talking to Americans about what they really care about.”