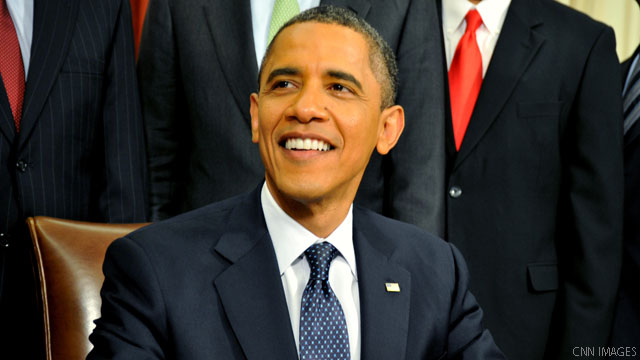 (CNN) – President Barack Obama leads all of his potential Republican challengers in hypothetical 2012 matchups among Pennsylvania adults, according to a new poll.

The Franklin and Marshall College poll released Thursday in the battleground state, shows Obama ahead of potential rivals Mitt Romney, Herman Cain, Rick Perry and Rick Santorum, but the results are closest when the president is paired with Romney.

But the percentage of those who are still undecided remains high, with between 26% and 30% of individuals in each head-to-head match up unsure of who they will back in November.

Democrats hold a tremendous voter registration advantage over Republicans in the Keystone State, which is sure to be a focal point in the next election cycle. Obama won the state with 54.7% of the vote in 2008 and Sen. John Kerry won there with 51% of the vote in 2004. In the 2010 midterm elections, Republicans captured the governor's office, a Senate seat and five House seats from the Democrats.

However, 52% of the state's voters said it is time for a change in the White House, while 42% said the president deserves reelection.