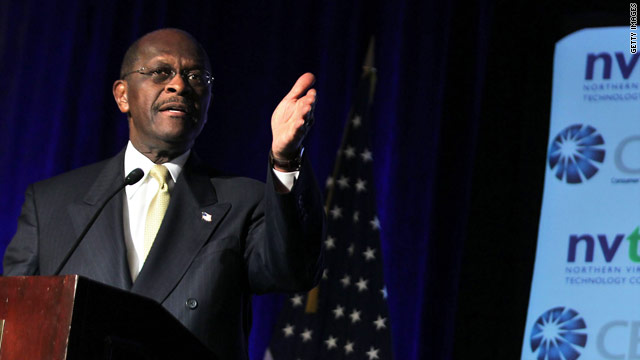 Washington (CNN) - Herman Cain's presidential campaign said it is considering filing a lawsuit against the news organization Politico, which first reported that two women who worked with him at the National Restaurant Association alleged he sexually harassed them while he headed the group.

"It is being discussed," campaign spokesman J.D. Gordon told CNN Friday. He would not discuss any details on the basis for the possible lawsuit or when a decision might be made.

Political Notebook: Listen as CNN’s Candy Crowley and Bob Costantini look at the broad picture of the ongoing Herman Cain controversy. Plus, who might and might not want to be seen with President Obama in 2012.

Cain and his campaign aides have been very critical of Politico's reporting citing the use of anonymous sources and a lack of some details about some of the claims. Cain has vehemently denied committing sexual harassment and said he recalls one settlement with a female employee as part of an employment termination agreement.

Politico stands by its reporting, saying it was extensively reviewed and it is comfortable with what it has published. "We have heard nothing from the Cain campaign. We stand comfortably behind every Politico reporters have written on the topic," executive editor Jim VandeHei said in a statement.

Separately, the Cain campaign said it did not cancel a TV interview with Mr. Cain and his wife, Gloria, on the Fox News Channel. Spokesman Gordon tells CNN there were discussions about doing an interview Friday, but it was never finalized.

Asked whether the couple will do a joint interview in the near future Gordon says: "When we have something to announce we will."

Mrs. Cain has not been seen frequently on the campaign trail. Cain earlier this week said that was because she helps keep the family calm and tranquil and that it was not her "style" to join him at every campaign stop.

On Thursday, when asked about his wife, Cain told the Sean Hannity radio show: "She is feeling for me more so. She knows it is baseless." He said the controversy is "having a toll on her."