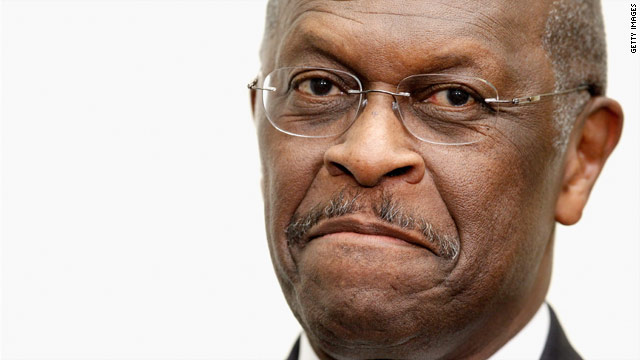 Washington (CNN) - The first major national poll conducted since the reporting of sexual harassment allegations surrounding Herman Cain indicates that the Republican presidential candidate remains tied with former Massachusetts Gov. Mitt Romney at the top of the field in the race for the Republican nomination.

According to an ABC News/Washington Post poll released Friday morning, 24% of Republicans and independents who lean towards the GOP say they support Romney, who's making his second bid for the White House with 23% backing Cain. Romney and Cain have been neck-and-neck in most major national surveys over the past month. Texas Gov. Rick Perry is at 13%, former House Speaker Newt Gingrich is at 12%, Rep. Ron Paul of Texas, who's making his third run for the presidency, is at 8%, and everyone else is in the lower single digits.

The survey indicates that seven in 10 Republicans say reports of allegations that Cain made unwanted advances towards two employees when he was the head of the National Restaurant Association in the late 1990's do not matter when it comes to choosing a candidate for the nomination. Cain calls the allegations fabricated and baseless.

But according to the poll, the former Godfather's Pizza CEO slips to third place among those respondents who say the charges are serious, and the survey indicates a gender gap, with GOP women significantly more than men saying the scandal makes them less likely to support Cain, a businessman and radio talk show host.

The ABC News/Washington Post poll was conducted Monday through Thursday, entirely after Politico broke the story with a report Sunday evening. The survey was conducted by telephone, with 1,004 national adults, including 438 Republicans and independents who lean towards the GOP. The sampling error for GOP-only questions is plus or minus 5.5 percentage points.