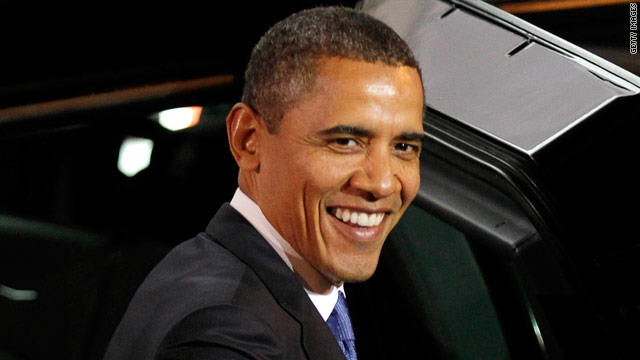 (CNN) - Ahead of Republican presidential candidate Mitt Romney’s speech on plans to cut the government budget, a new memo from the Obama re-election campaign accuses the Republican of “echoing the Tea Party agenda and undermining bipartisan efforts to seek common ground.” It even suggests “the timing of these proposals may also set back the Joint Select Committee on Deficit Reduction’s efforts to agree on a deficit reduction plan.” By some estimates that so-called "super committee" must agree on a plan by late this weekend or early next week for it to be resolved in time to meet its deadline.

The memo, by Obama campaign policy director James Kvaal, echoes one of the campaign’s central attacks on its presumed opponent: that Romney’s proposals would “devastate key middle class programs to pay for tax cuts for corporations and the wealthy.”

Friday, in Washington, Romney will deliver a speech outlining his plans to slash federal spending. He previewed his ideas in a USA Today op-ed. Among them: repeal health care reform, eliminate federal support for Amtrak and for Title X family planning including Planned Parenthood, exact deep cuts to National Endowment for the Arts, National Endowment for the Humanities, Corporation for Public Broadcasting, block grant Medicaid, raise the retirement age for social security and reduce benefits for younger recipients, among other ideas. Romney writes, “What I propose will not be easy. Washington is full of sacred cows that supposedly can't be slaughtered...But if we do not act now, the irresistible mathematics of debt will soon lead to unimaginable peril.”

In this memo the Obama campaign argues that Romney “operates under the false assumption that we can just cut our way to prosperity” and “his plan requires deep spending cuts across government, everywhere outside of defense spending." The memo ties Romney’s plan to House Budget Committee Chair Paul Ryan’s arguably controversial views. Ryan proposed a plan to drastically refashion Medicare in ways that might not play well with older voters, and Democrats plan to make Ryan’s proposals a major campaign issue. For example, Kvaal writes, “While Romney has not yet released his own Medicare plan, Romney supported the far-right budget plan drafted by Rep. Paul Ryan in March. That plan could increase out-of-pocket costs for seniors, a cost that will reach $6,000 in 2022."

The memo makes no mention of the candidate who is polling as well or ahead of Romney, Herman Cain. Another sign team Obama has firmly set its sights on defining Mitt Romney, their presumed opponent, as early as possible. Their message: that under Romney voters would see “Tax breaks for corporations and millionaires, forcing the middle class to pay a higher share.”

The Romney campaign hit back following the memo's release.

In response to the Obama team, Romney spokesperson Andrea Saul told CNN, "The middle class won't see an improvement in their situation until Barack Obama is defeated and gone. President Obama has utterly failed to control the excessive spending in Washington. In fact, he has added to the problem. On his watch, America suffered its first ever credit rating downgrade - which humiliated us in the eyes of the world.

"I am not surprised that President Obama is now attacking Mitt Romney for putting forward his ideas on how to get spending and debt under control. The fact that they don’t recognize that we are in a fiscal crisis is just another reason why President Obama doesn’t deserve another term in office.”