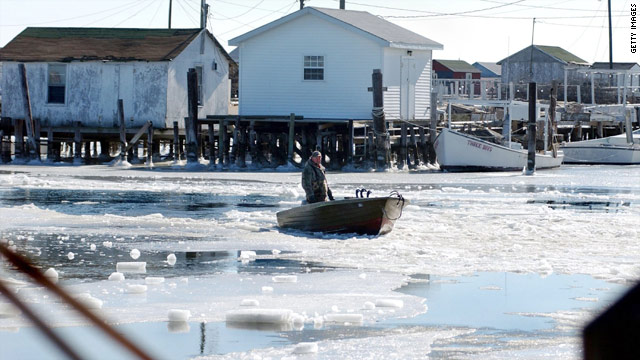 Tangier Island, Virginia after a U.S. Coast Guard icebreaker cleared the harbor of the small fishing community in the upper Chesapeake Bay in 2003. It had been locked in ice and isolated for more than a week due to the extreme winter weather.
November 4th, 2011
08:17 AM ET

Washington (CNN) - With the nation's only two heavy-duty polar icebreakers broken and out of service, the Obama administration and congressional Republicans are clashing on how best to put the U.S. Coast Guard back into the ice-busting business.

House Republicans, who say they want to force the administration's hand, are pushing a Coast Guard appropriations bill that would decommission the icebreaker Polar Star, which is now being repaired, in just three years, saying that keeping the 35-year-old ship afloat is "throwing good money after bad."