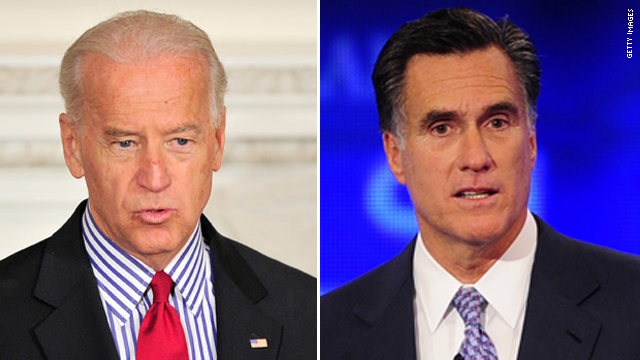 Romney's faith was the center of controversy last month when an evangelical leader and Rick Perry supporter called Mormonism a "cult" and urged Republicans to vote for a Christian instead of a "non-Christian," referring to Romney.

But according to a CNN/ORC International poll in October, 80% of respondents said a candidate's Mormonism wouldn't make a difference in their selection process.

Still, 17% said they would be less likely to vote for a candidate who was Mormon.

On Friday, Biden, a Catholic, argued religion should have no weight in a candidate's qualifications. Speaking on a personal note, the vice president said the election of John F. Kennedy to the White House "totally legitimized" his family, along with other Catholics.

"I find it preposterous that in 2011 we're debating whether or not a man is qualified or worthy of your vote based on whether or not his religion - being a Latter-day Saint - is a disqualifying provision," Biden said. "It is not. It's embarrassing. And we should be ashamed anyone who thinks that way."

Recent polls show Romney in a virtual tie with President Barack Obama in a hypothetical 2012 matchup. According to a Reuters/Ipsos National Poll released Friday, Romney edged Obama 44% to 43%, with a one-percentage point margin well within the sampling error.