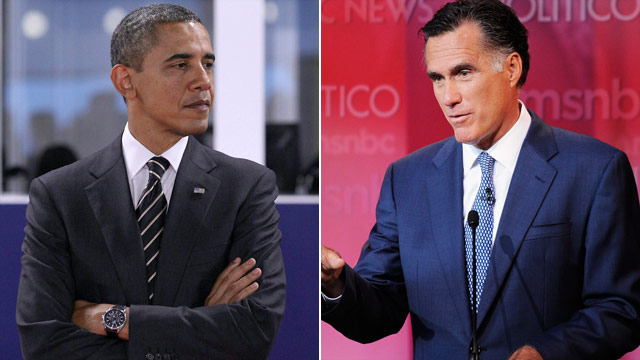 (CNN) – President Barack Obama's re-election team came out swinging Monday against GOP frontrunner Mitt Romney as it attacked the former Massachusetts governor's past in his semi-home state of Michigan.

Candidates seeking the 2012 Republican nomination will appear in the Wolverine State on Wednesday for a presidential debate, but two days prior, the incumbent's campaign focused on Romney.

Stating that Romney "will be forced to explain" why he penned an op-ed for the New York Times in 2008 with the headline "Let Detroit go bankrupt," during a conference call with Michigan reporters, Obama campaign manager Jim Messina blasted the candidate who was raised in Bloomfield Hills in suburban Detroit for "turning his back on middle-class families for years."

"Friday, Romney rolled out a budget plan only the tea party could love," Messina said before criticizing the former governor's proposal for giving tax breaks to large corporations, millionaires, and billionaires; privatizing Medicare; and cutting funding for preventative care for women.

"Romney continues to believe we can cut our way to prosperity," Messina continued. "President Obama believes the opposite."

Citing the president's "investments in innovative technologies" that he said are creating jobs in Michigan, Messina described Obama's philosophy as believing the country's success is tied to the success of the middle class.

"Under President Obama, the middle class has been devastated," she told CNN. "They have seen incomes and housing values fall and the future looks less bright for their children. Mitt Romney has put forth plans to restore our fiscal health, create an environment for businesses to hire again, and restore hope for the middle class."

In Michigan at least, Romney takes top billing when it comes to fundraising. According to reports filed with the Federal Election Commission, Michigan donors have contributed roughly $1.03 million to Romney's second bid for the White House, making him the top fundraiser in the state.