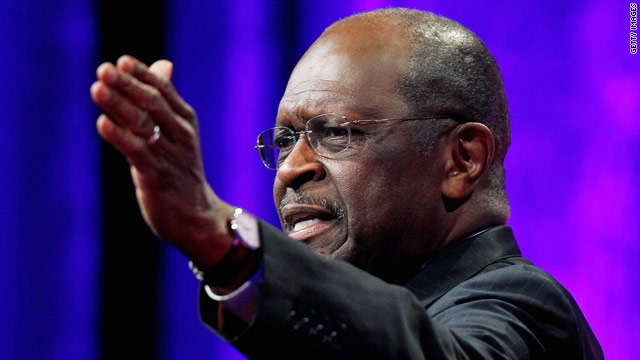 (CNN) – A new poll shows more than half of Republican primary voters say allegations of sexual harassment against GOP presidential contender and businessman Herman Cain will not affect how they vote. But Cain's unfavorable rating across the country has almost doubled.

According to the NBC/Wall Street Journal survey, 54% of Republican primary voters said they were not concerned about voting for Cain because of accusations by three women of sexual harassment against him. The poll was taken before a fourth woman claimed Monday that Cain groped her when she visited him for what she thought was a conversation about a job.

Support for Cain's candidacy has risen in recent weeks as he and former Massachusetts Gov. Mitt Romney joust for the top spot in national surveys, but Cain's favorability has taken a hit.

One month ago 24% of Americans had a favorable opinion of the conservative radio talk show host and 18% had an unfavorable opinion. In the survey released Monday, Cain's unfavorable rating has risen to more than one-third for a total increase of 17 percentage points.

But only 13% of GOP primary voters said they were either a great deal or quite a bit concerned about voting for Cain because of the allegations of sexual harassment. Fifteen percent said they were "just a little" concerned.

On Monday Sharon Bialek, a fourth accuser, alleged that Cain sexually assaulted her in 1997. Bialek claimed the incident took place after she sought Cain's assistance in finding a job when Cain was serving as head of the National Restaurant Association.