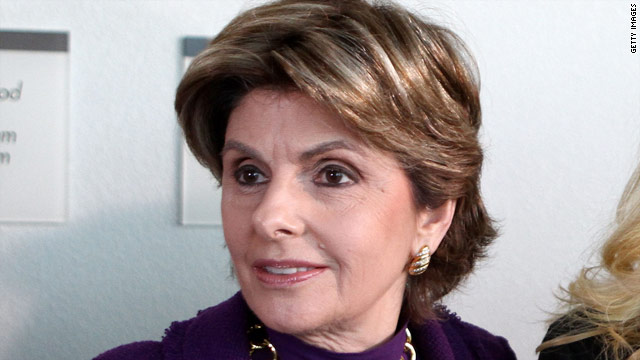 Allred donates to Democrats but goes after both parties

(CNN) - As Herman Cain fights back against the only woman to so far come forward and publicly accuse the businessman and Republican presidential candidate of sexual harassment, Cain and his campaign are also targeting Gloria Allred, the woman's high-profile attorney.

Sharon Bialek alleges that Cain groped her following a dinner in 1997. Bialek's allegations, made Tuesday at a news conference in New York City orchestrated by Allred, came as Cain was in his second week of battling sexual harassment allegations dating back to his tenure as head of the National Restaurant Association in the late 1990s.

Cain vigorously dismissed the claims in an appearance on ABC's "Jimmy Kimmel Live" Monday night, saying, "the feelings that you have when you know that all of this is totally fabricated - you go from anger, then you get disgusted," and added that "there's not an ounce of truth in all of these accusations."

And a Cain campaign statement said that "activist celebrity lawyer Gloria Allred is bringing forth more false accusations against the character of Republican front-runner Herman Cain."

While Bialek says she's a Republican, Allred is a major contributor to Democrats. According to Federal Election Commission records dating back to 1998, Allred has given more than $10,000 to Democratic candidates and party committees, including the presidential campaigns of Senators John Kerry, Hillary Clinton, and Barack Obama.

But while she's a big backer of Democratic candidates, she's targeted men from both parties over allegations of sexual harassment.

The next day, a month after his Twitter account first showed lewd photos of the representative, Weiner resigned. Weiner initially said the photos were the work of a hacker, but later recanted his story and apologized for his actions.

Allred also was critical of Democratic President Bill Clinton, calling on him to resign in 1998 because of the Monica Lewinsky scandal.

"Let me say that I speak out in support of my clients and in support of women and whether those men are Democrat, Republican, Libertarian or no party at all. I criticize Anthony Weiner recently in New York with another client who said he should resign the next day and he did. He had engaged in inappropriate text messaging with her," said Allred Tuesday on CNN's "American Morning."

"I criticized President Clinton over the Monica Lewinsky issue when he lied to the American people and lied under oath and he was a Democrat and I was a Democrat. I was an elected Hillary delegate to the Democratic convention. To me it doesn't matter the party of the man."