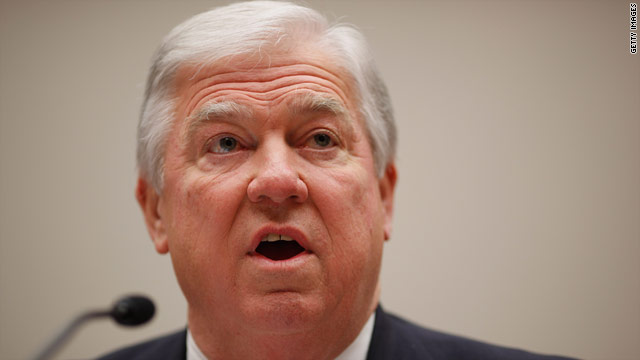 Barbour: We must change course in 2012

Debuting Tuesday, the video was produced to coincide with the one-year point until the 2012 presidential election. The project is part of the 1600 Fund, an effort launched by American Crossroads to raise money with the goal of defeating Obama.

Barbour made news Thursday when he endorsed a controversial state constitutional amendment in Mississippi that would define personhood as beginning at the moment an egg is fertilized.

Barbour will discuss that decision, along with his American Crossroads video, in an appearance on CNN’s “John King, USA” Tuesday at 6 p.m. ET.

In the video, Barbour lays out specific points where he says Obama has failed: reducing the unemployment rate, lowering the federal deficit, and stopping home foreclosure rates.

“When President Obama was elected in 2008, he promised to fix what was wrong with America,” Barbour says in the video. “Instead of common sense solutions, we got partisanship, leftist ideology and policies that have made things much worse. America is at a crossroads, and in 2012 we have to change course.”

Barbour offers a few policy suggestions he says will jump-start the economy: “We’ve got to lower, simplify and stabilize tax rates,” Barbour said. “We’ve got to cut spending and put a moratorium on new regulations. We’ve got to keep our military strong and maintain our standing as a leader of the free world.”

Barbour announced in April that he would not seek the 2012 Republican presidential nomination, and has not publicly endorsed a candidate in the race. The Mississippi governor began advising American Crossroads in September as part of a larger push to elect Republicans in 2012.

The chairman of the conservative group hailed Barbour as an important voice for the party.

“As one of the most iconic figures of the modern Republican Party, Governor Barbour paints a vivid case of why America needs to change course in the 2012 elections,” Mike Duncan, chairman of American Crossroads, said in a statement. “Governor Barbour is uniquely qualified to stem the encroaching tide of pessimism flowing across the country due to the failed policies of President Obama. We are honored to have him as a central figure in our efforts in 2012.”