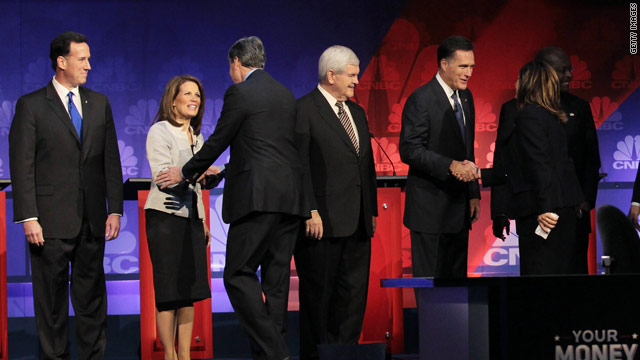 Rochester, Michigan (CNN) - Appearing Wednesday at a presidential debate in Michigan focused primarily on economic matters, Republican Herman Cain again faced down questions about the sexual harassment scandal that has engulfed his campaign and the Republican race for the White House.

"Why should the American people hire a president if they feel there are character issues?" Cain was asked by one of the moderators, Maria Bartiromo of CNBC, in the early moments of the debate.