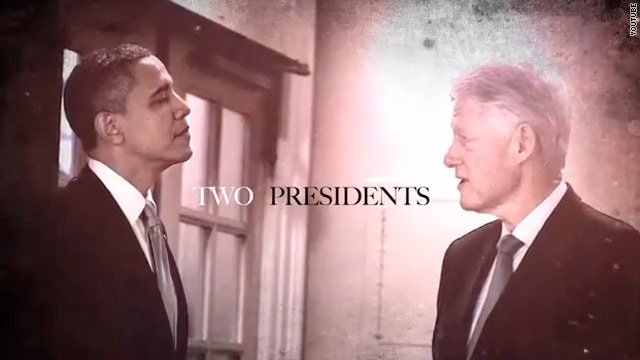 The spot released Wednesday from Crossroads GPS plays clips of Clinton saying now is not the time to raise taxes and of Obama promoting increased tax rates on higher income earners as part of his jobs plan.

"Political stunt, not a solution. A bill full of tax increases," the voice in the ad says of the proposals. "President Obama: It's time to attack problems, not people."

The advocacy group said the commercial will run for the next two weeks in the politically competitive states of Colorado, Florida, North Carolina, Ohio and Pennsylvania as part of a $2.6 million ad buy.

"Our debt limit ads helped put a stop to Obama's tax hikes once before, and we intend to do it again," Law said in a statement.

The group spent extensive funds over the summer opposing tax hikes as part of the debt ceiling negotiations and released an ad in Ohio last month similarly criticizing the president's economic proposals.