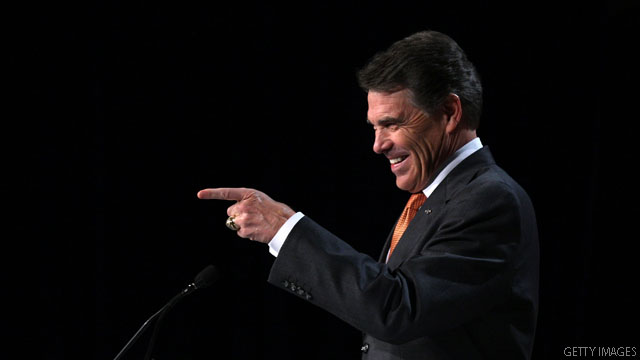 Manchester, New Hampshire (CNN) - Texas Gov. Rick Perry will return to New Hampshire for a day of public events on November 16, according to a campaign source.

The visit marks the candidate's first appearance in the state since he gave a jocular speech here in late October that generated more buzz about its delivery than its content.

It is also his first visit to New Hampshire since his campaign released television ads in the state.

Clips from Perry's October 28 speech to the conservative New Hampshire group Cornerstone Action circulated on the Internet and cable TV, and some suggested the governor might have been under the influence of alcohol or medication. Perry denied the suggestion.

A group of state Republican officials who have not endorsed any candidate for president and who attended the Cornerstone dinner, including the event organizers, held a news conference last week to defend Perry's speech.

"I sat there thinking, we need to see more of this Governor Perry if he's going to move his campaign forward," House Speaker Bill O'Brien said.