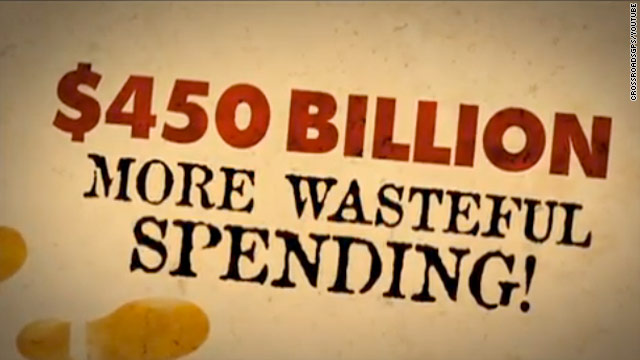 Conservative ads attack Dems, one Senate seat at a time

(CNN) - Crossroads GPS isn't wasting time in its ad offensive against Democrats. The conservative advocacy group released ads in five states one day after announcing it would spend $2.6 million on a campaign bashing the incumbent president.

The new round of ads will run for two weeks in Massachusetts, Missouri, Montana, Virginia, and Nebraska - sites of critical Senate contests in 2012.

As the GOP seeks to capture control of the Senate where Democrats currently hold a 53-47 seat advantage, Crossroads GPS sank $1.8 million into ads that begin running Thursday. Spots in Nebraska are scheduled to start Friday.

And in Missouri, Montana, and Virginia, the group ties Senate candidates to President Barack Obama in an apparent effort to hitch Sen. Claire McCaskill, Sen. Jon Tester, and Senate candidate Tim Kaine's fates to a president whose approval rating hasn't budged from the mid-40s.

But the spot in Massachusetts tries a different tactic as images of Senate candidate Elizabeth Warren are placed in the foreground of scenes from Occupy protests.

The combined buy for ads in 10 states, including a stinging critique of President Obama's policy on taxes released Wednesday, is $4.4 million.