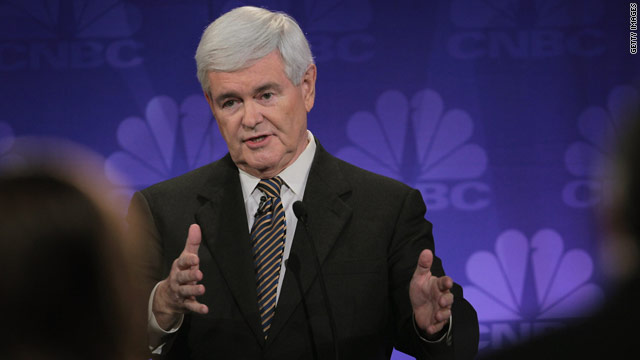 Solutions 2012, a super political action committee, launched Wednesday night with the goal to "support Newt Gingrich's comeback run for president," with a focus on the early voting states.

"People are sick of games; they want a real, conservative leader who can win," said Charlie Smith, campaign manager for the group, in a statement. "More and more, conservatives are seeing that Newt is that guy."

The launch of the super PAC, which can raise unlimited amounts of money as long as it doesn't coordinate those efforts with a political candidate, aims to shape Gingrich's image as the most electable candidate against President Barack Obama.

Using television, radio and mail ads, the group plans to immediately spend money in states that hold the first 2012 contests, which include Iowa, New Hampshire, Florida and South Carolina.

"Newt Gingrich would wipe the floor with President Obama in the presidential debates," said Smith. "It's his time."

Gingrich has enjoyed a steady rise in national polls in recent weeks. According to a USA Today/Gallup survey released Monday, Gingrich took 12% of support among those leaning towards the GOP, up five percentage points from a month ago.

Political analysts credit Gingrich's increased popularity to strong debate performances and a strategy that takes a hard line against the media, a favored position among many in the GOP.

His campaign got off to a rocky start in the summer after several key staff members resigned en masse, blaming Gingrich for not engaging enough in the rigorous schedule needed for a presidential campaign.

Gingrich, who has called that time period "painful," has now revamped efforts and plans to set up the largest South Carolina shop among the GOP field, with nine paid staff members in the state.

The candidate paints himself as a substance-based candidate, not a sound-bite politician. A new video on the super PAC's website features a quote from Gingrich that offers a window into how the campaign will continue framing its message.