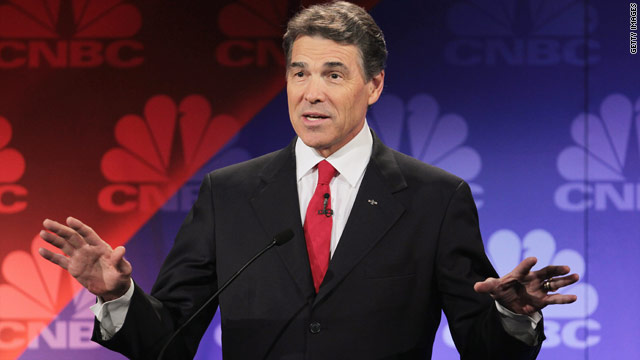 (CNN) – Texas Gov. Rick Perry is hoping to turn the mess he “stepped in” into a cash cow. In a fundraising push sent Thursday, Perry admitted, “We’ve all had human moments.”

Banking on his own human moment in Wednesday night’s debate when he forgot the third government agency he’d choose to cut, Perry called on his supporters to tell him “what federal agency you would most like to forget.”

For each agency mentioned, Perry has another ask: “If you could, throw in a $5 contribution.”

“We hope you have a long list,” he said in the e-mail, a message that’s also duplicated on his website.

And for his “forget me not” campaign, Perry promises “we will write down every last idea. So we won’t forget.”

The longest serving governor of Texas admitted that he “stepped in it” Wednesday and made light of his gaffe saying he was glad he “wore his boots.” But Perry will have more serious questions to answer as he continues to face criticism for poor debate performances that have taken a toll on his support in national polls.

Although the GOP contender shot to the top of national surveys following the announcement that he intended to seek the 2012 GOP nomination for president, in recent polls he has slipped to third or fourth.