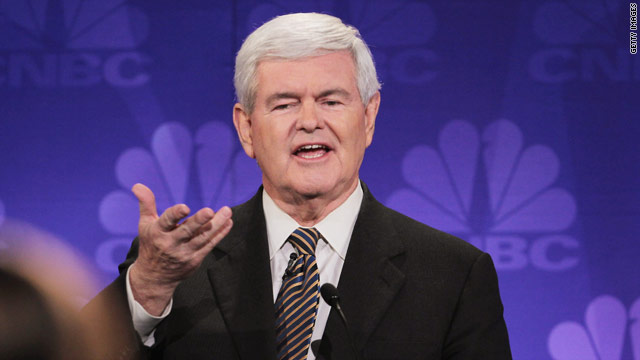 Gingrich: Not running for 'super governor'

Epsom, New Hampshire (CNN) - Former House Speaker Newt Gingrich may be contemptuous of how the media have handled a series of GOP debates - but don't expect him to sit one out anytime soon.

"The debates are a better way of communicating than anything else we've found so far," he told a group of reporters outside a diner in Epsom, New Hampshire.

Though Gingrich has quibbled with moderators' questions at several debates and chastised networks for trying to pit candidates against each other, the history professor credits the national exposure for his rise in recent polls.

Two new national polls out Friday show Gingrich in a virtual three-way tie at the top of the Republican field with former Massachusetts Gov. Mitt Romney and businessman Herman Cain.

Gingrich said voters were responding to his substantive policy stances, and implied that his experience in Washington put him ahead of candidates such as Romney and Texas Gov. Rick Perry.

"I am the only candidate in the race who has at a national level done these things," he said. "We have a couple good governors. You're not running to be super governor. You're running to be president. The president involves a range of capabilities that are very, very different and more complicated than being governor."