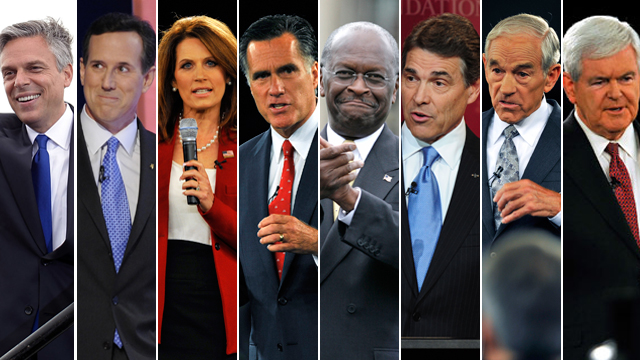 Spartanburg, South Carolina (CNN) - The Republican candidates for president outlined their foreign policy and national security visions in a debate Saturday, tackling issues that have largely taken a backseat in a presidential race shaped by the troubled economy.

Moderators pressed the candidates on a range of topics during the 90-minute debate in South Carolina, including terrorism, Iran's nuclear capabilities, China, the war in Afghanistan, the so-called "Arab Spring" and foreign aid.