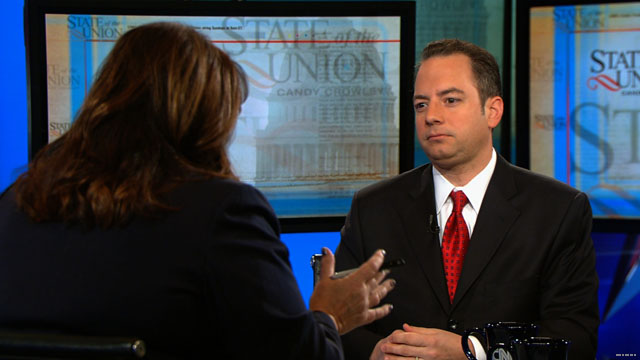 In an interview on CNN’s “State of the Union” Priebus used President Obama’s win in 2008 as evidence Republicans can be victorious in 2012 following a hard fought primary season.

“I think primaries work,” Priebus said. “After all is said and done and all the drama goes on, we are going to have a completely unified party.”

However, Priebus, currently in his first term, said he does not know when the primary fight will end, suggesting it could continue through March 6th, Super Tuesday, or the contest heavy month of April.

“It could be before then, it could be just shortly thereafter,” Priebus told CNN Chief Political Correspondent Candy Crowley. “I do know we are ready to go and we’re ready to help save this country.”

But when presented with a recent CBS/New York Times poll in which 69% of Americans said Republican policies favor the rich, the RNC chief said it was a sign the GOP needs to do better.

“Obviously we’ve got to do a better job or, according to this poll, of portraying the fact that number one, we want you to have a job, we want every American to be making more money and we want to reduce taxes on every single American, no matter what income category you fit into,” Priebus said.