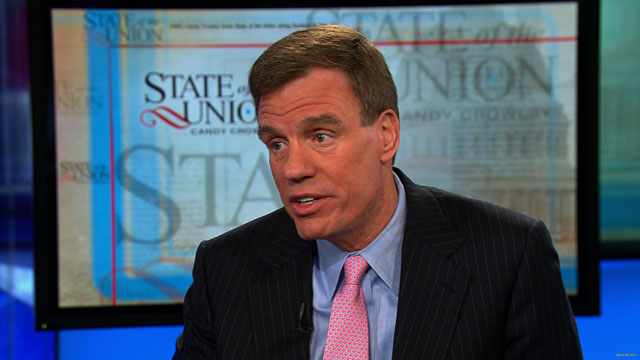 The Virginia Democrat, who served as a member of the so-called “Gang of Six” senators that attempted to reach a comprehensive deficit deal earlier this year, said he hopes the “super committee” succeeds.

If not, he suggested a vote by Congress on one of two plans worked out by either the “Gang of Six” or a deficit commission appointed by President Barack Obama in 2010 that was headed by former Wyoming Sen. Alan Simpson, a Republican, and former White House Chief of Staff Erskine Bowles, a Democrat.

Both plans pushed by Warner call for around $4 trillion in deficit reduction by a combination of spending cuts, tax increases and reforms to entitlement programs such as Social Security, Medicare and Medicaid.

"If they're not successful, we think that the Simpson-Bowles approach or the ‘Gang of Six’ - something that has got that $4 trillion number - that ought to get a vote as well," Warner said on CNN's "State of the Union."

Warner said a final agreement will need to include revenues and entitlement reform to ensure the solvency of Medicare, Medicaid and Social Security for future generations.

Republican Sen. Tom Coburn, who also was a “Gang of Six” member, said despite political pressure on the left, entitlement reform is vital. The Oklahoma lawmaker pointed to television commercials from groups like AARP encouraging members of Congress not to reform Medicare.

“Well, I want to tell you, we’re going to touch Medicare because there’s no way we can borrow the money five years from now to run Medicare the way it is today,” Coburn told CNN Chief Political Correspondent Candy Crowley.

The 12-member "super committee," equally divided between House and Senate Democrats and Republicans, was created as part of the debt ceiling deal earlier this year. It has until November 23 to reach an agreement on at least $1.2 trillion in deficit reduction measures over the next decade.

While Republicans continue to push for entitlement reforms, Democrats say any solution must be balanced with increased tax revenue.

Warner said it is inevitable that any deal produced by the panel will anger both political parties. Under the legislation that set up the committee, seven of its 12 members can pass an agreement that then goes to an up-or-down vote in Congress with no amendments allowed.

“You’ll know this super committee is getting close if you hear folks on both sides of the political extreme scream the loudest because that will show that there’s actually movement being made,” Warner said.